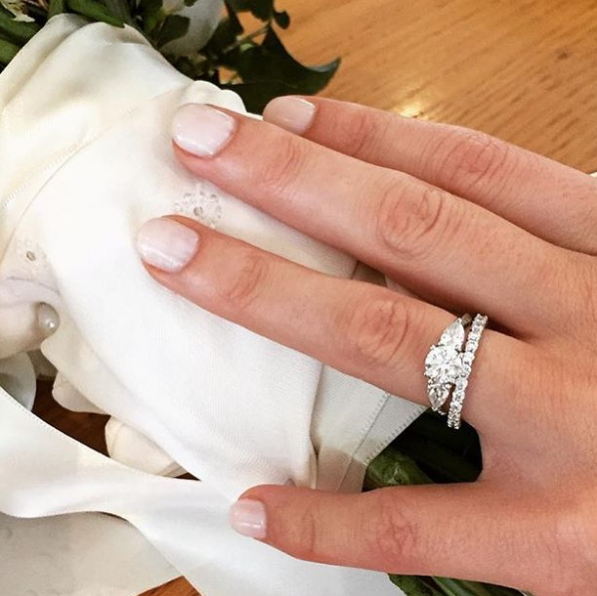 The Roman Ring
The tradition of the bride wearing her engagement and wedding ring on her left hand has been evidenced as a tradition for centuries now. Traced back to Roman times, it was believed that the vein in the third finger of the left hand ran directly to the heart. The Romans named this vein the “vena amoris”. This name can be loosely translated to be named ‘the vein of love’. This belief began the tradition of placing the engagement/wedding ring on the left hand to symbolise the everlasting love between two individuals.

The Diamond ring of the 1400’s
The first-ever proposal dates back to the 1400s when the Archduke Maximilian of Austria proposed to Mary of Burgundy in Vienna. This first documented case, saw Mary receive a simple diamond ring. Before this, the rings used to propose were made of simple metal, sometimes with some engravement shown. This proposal started a trend within the wealthy courts of Europe, with men presenting a diamond ring to propose marriage.

Trends in the 1990’s
The most popular engagement ring style since the 1990’s has been the round brilliant cut ring. While this cut is the most popular, mainly to the rise of the internet, modern brides and grooms have access to a greater variety of rings and styles available. In current years, we have seen women embrace a vast variety of rings varying from three stone rings, coloured gemstones, halo styles and beautiful classic vintage styles.